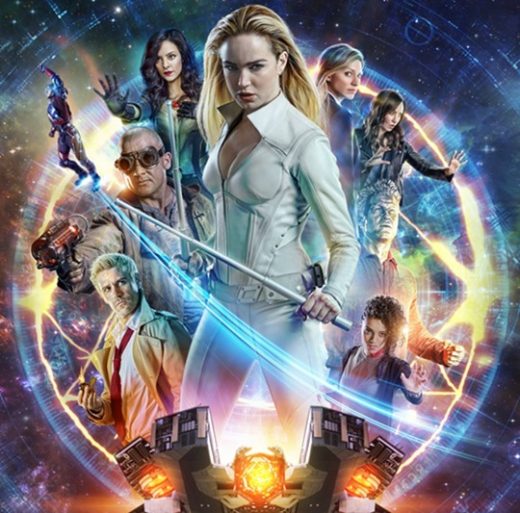 The track was played during the Fixer montage, and is Kamoze’s signature song.


Ini Kamoze’s ‘Here Comes the Hotstepper‘ was originally released in 1995 as the lead single from his album of the same name.

The song got an added boost when it was also featured on the soundtrack of the Robert Altman movie Ready to Wear (Prêt-à-Porter) the year before.

And it is a track that, while you may not be familiar with the name Ini Kamoze, you will certainly have heard many times before.

Especially as, charts-wise, ‘Here Comes the Hotstepper’ charted in 20 countries and, astoundingly, made it high up on 7 different charts in the United States — including to the #1 spot on three American charts — the Billboard Hot 100, the Dance Singles Sales chart and the U.S. Rhythmic chart.

Listen to Ini Kamoze’s ‘Here Comes the Hotstepper‘ as heard on last night’s DC’s Legends of Tomorrow and, once you hear that catchy track, you will realize immediately why it was so successful.

Season 7 of DC’s Legends of Tomorrow is currently airing on The CW. Now we’re just waiting to hear if the show has been greenlit for an eighth season.