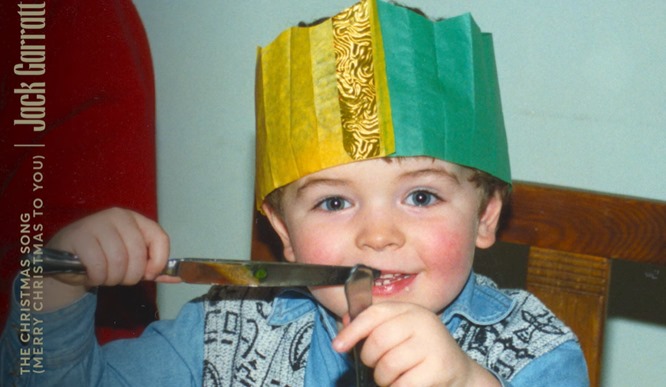 With Thanksgiving now well and truly over, the Christmas songs by major artists are now beginning to emerge.

And while English indie pop singer songwriter Jack Garratt probably didn’t celebrate Thanksgiving, not being American and all, he is definitely getting into the mood for the holiday season with his latest single release today.

Jack Garratt’s ‘The Christmas Song (Merry Christmas To You) ‘was released via the Island Records label, and it is a sweet and lovely updated version of the traditional holiday song, and one guaranteed to get you in the holiday mood.

‘The Christmas Song‘ is, of course, a classic Christmas song that was originally released in 1946 by the Nat King Cole Trio. The track was written by Mel Tormé and Robert Wells, and went on to become one of the most-loved Christmas songs of all time. (continue reading article below…)

Other artists that have released the track before Jack Garratt include Frank Sinatra, Ella Fitzgerald and Billy Joel. One of the most famous versions of the song, however, is probably by the Vince Guaraldi Trio on the A Charlie Brown Christmas soundtrack.

Garratt’s ‘The Christmas Song’ is lovely in its own right though, as his version is nicely R&B-tinged and his voice is so croony and gorgeous.

Listen to Jack Garratt’s ‘The Christmas Song (Merry Christmas To You)’ in the video visualizer below, and then add it to your list of well-loved Christmas songs, as this one just may become a classic.