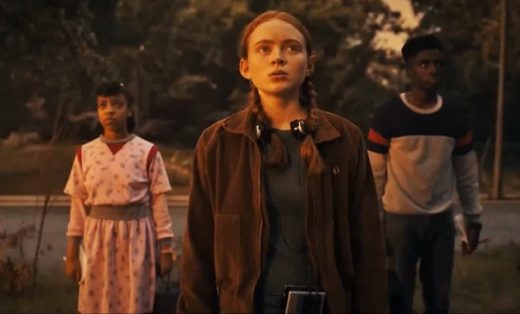 Iconic American singer songwriter James Taylor’s ‘Fire and Rain‘ was one of the superb songs featured on the soundtrack of the latest episodes of Stranger Things. In this case, Stranger Things, Season 4, Episode 8, “Chapter Eight: Papa“.

The song was playing on the Winnebago radio.


The track was the second single from his now-iconic album Sweet Baby James, which came out in 1970.

Taylor wrote ‘Fire and Rain‘ after one of his closest friends committed suicide. The song lyrics were also about his own bouts of depression, and how he found his newfound fame difficult to deal with.

While James Taylor’s ‘Fire and Rain‘ has become one of the singer’s signature songs since its release, the song didn’t chart in as many countries back then as you might expect.

RELATED: Creedence Clearwater Revival’s ‘Up Around the Bend’ played on Season 4 of Stranger Things

Listen to James Taylor’s ‘Fire and Rain‘ from Stranger Things on the remastered version of his Sweet Baby James album, and in the video below.

There is also a sweet live performance Taylor gave back in 1970 on a BBC in Concert concert down there you should watch too.

The latest episodes of Stranger Things are now streaming via Netflix. You’ll find more songs from the series on Leo Sigh.