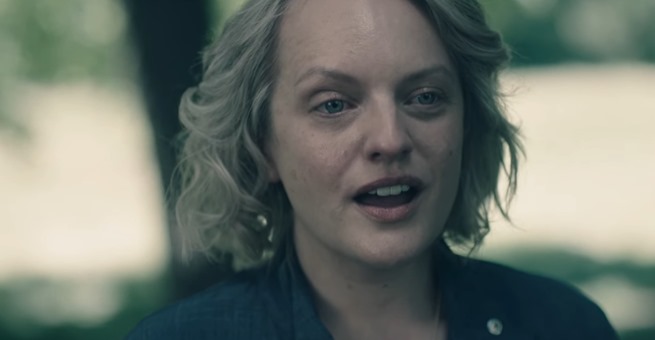 The song with its addictive beat was heard playing at the end of the episode, and over the end credits.


Janelle Monáe’s ‘Americans‘ is the last track on the singer songwriter’s third studio album Dirty Computer, which came out in 2018 in on Bad Boy Records and the Atlantic Records labels.

The album spawned four singles, although ‘Americans‘ wasn’t one of them, was acclaimed critically, and went on to be nominated for two Grammy Awards.

The album also charted high in 19 countries, including the UK and the United States. It also charted at #4 on the Top Hip Hop/R&B Albums chart, and at #6 on the Billboard 200 chart, becoming Monáe’s most successful album yet.

Listen to Janelle Monáe’s ‘Americans‘ as heard on The Handmaid’s Tale in the video, and on the American singer’s Dirty Computer album.

There is also a live performance of the song Monáe’ gave on The Late Show with Stephen Colbert back in 2018 down below that is well worth a watch.

Especially if, like me, you couldn’t get attached to that song that much on first listen, as her performance of it will definitely convince you.

Listen to more music from The Handmaid’s Tale soundtrack on Leo Sigh.

RELATED:  Janelle Monáe’s ‘I Like That‘ proves what a strong, confident woman she is