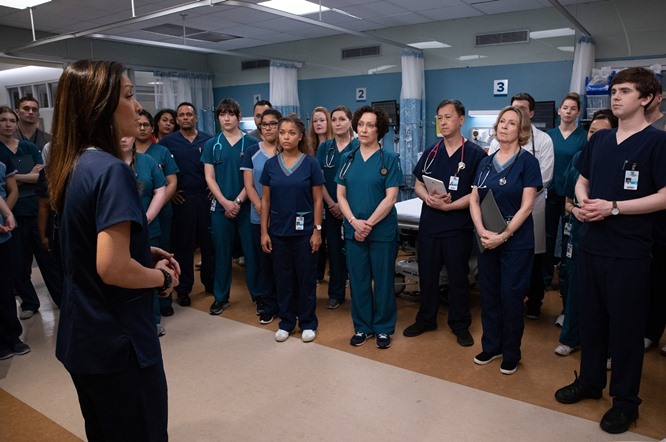 The upbeat song was played as the applicants for residency at St. Bonaventure are in the break room with the doctors and Alex, Morgan, Claire and Shaun talk about themselves and what they like.

The band itself was founded in 2017 and comprises lead vocalist and guitarist Oliver Roman, Evan Myaskovsky on Bass, Nick deBeky on drums and Mason Summit on baritone guitar and synth. (article continues below…)

Listen to Jordan Critz’ ‘Through Your Eyes’ (ft. Birdtalker) from The Good Doctor, Season 4, Ep. 1

Listen to Jaw Talk’s ‘Heart‘ as played on The Good Doctor in both the video and Spotify streaming player below. If you like what you hear, you can also pick up the track on the band’s EP via Bandcamp.

The fourth season of The Good Doctor is currently airing on ABC.