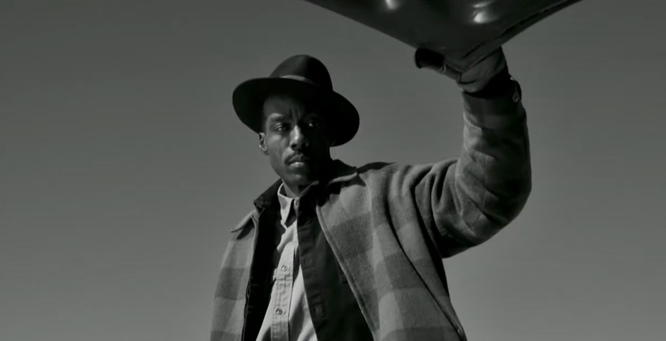 Is it just me, or did you absolutely love that the latest episode of the Fargo TV series on FX featured Jeff Russo and Carter Burwell’s ‘Fargo, North Dakota‘ —  the instrumental track that was played on Fargo, Season 4, Episode 9, “East/West” last night over the titles.

The track that, of course, was written for the 1996 Joel and Ethan Coen Fargo movie the TV series is based on.


Jeff Russo and Carter Burwell’s ‘Fargo, North Dakota’ is one of a number of pieces written specifically for the Academy Award-nominated film (and Academy Award-winning film for Best Actress (Frances McDormand) and Best Original Screenplay (The Coen Brothers).

Its use on season 4 of the TV series was just one of several genius nods to the Coen Brothers who, by the way, are not the writers of the TV show.

Other nods included the pancakes in Liberal, Kansas being a shoutout to small-time criminal Gaear Grimsrud who is one of the idiot duo that kidnaps Jerry Lundegaard’s wife Jean on the Fargo movie, and who seems to have a one-track mind when it comes to his love for pancakes.

Another was actually not a Fargo film reference but one from another hit Coen Brothers’ movie Barton Fink, with the Barton Arms a shout out to the Hotel Earle — the dump of a hotel Barton Fink (Turturro) rents a room in when he moves to L.A. to write scripts. (article continues below…)

And, then, of course, there were the Wizard of Oz references. Yep, last night’s episode was something.

Listen to Jeff Russo and Carter Burwell’s ‘Fargo, North Dakota‘ from Fargo, Season 4, Episode 9, “East/West” in the video below. The instrumental track is quite haunting and a standout from movie soundtracks over the last 25 years.

Fargo Season 4 is airing on FX and on FX on Hulu.