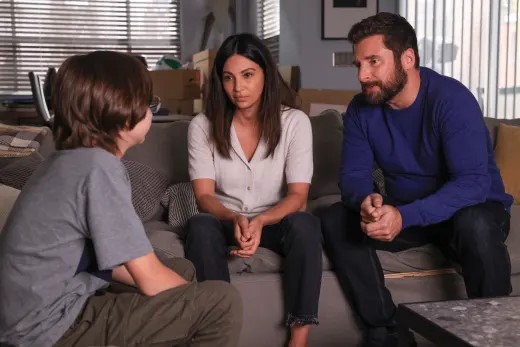 
The track, by the way, was played as Darcy and Gary tell Liam they broke up so won’t be moving to Lennox together, as Eddie tells Theo he will be permanently paralyzed and as Peter calls Gary to tell him he knows he’s the one who was involved in his attack.

John Mayer’s ‘I Guess I Just Feel Like‘ is from the singer’s eighth studio album Sob Rock.

Released in July this year via Columbia Records, the album charted in 23 countries, including the U.S. and the UK where it reached #1 on the Billboard Top Rock Albums chart and #4 in the UK.

The somber and quite sad ‘I Guess I Just Feel Like‘ was released as a single by Mayer way back in 2019, with the singer then deciding to include it on his next album.

Listen to John Mayer’s ‘I Guess I Just Feel Like‘ as heard on A Million Little Things last night in the song’s lyric video and on his Sob Rock album.