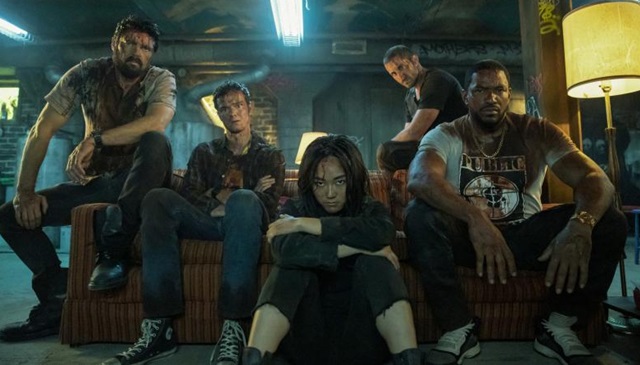 If you were as enthralled as I was with that French-language rap track playing on the new episode of the Prime Video series The Boys as Frenchie is crushing up pills and snorting them, here is what you need to know.

The song is called ‘Le temps‘ and is from French artist Kaaris, an Ivorian-born rapper and music producer who currently releases music on the Def Jam label.

It was one of two songs played on the soundtrack of The Boys, Season 2, Episode 4, “Nothing Like It In the World“.

‘Le temps‘ is the final track from the rapper’s second studio album Le bruit de mon âme (The noise of my soul).

Released in early 2015 via Def Jam France and Therapy Music, the 18-track album charted in Belgium, France and Switzerland, eventually making it to #4 on the French Albums chart.

Listen to Billy Joel’s ‘We Didn’t Start the Fire’ from The Boys, Season 2, Episode 4

The song was produced by one of Kaaris’s long-time producers Therapy 2093, and was composed by Kaaris in collaboration with Therapy and Loxon.

You can also listen to the French rapper’s excellent album Le bruit de mon âme in the Spotify player below that.