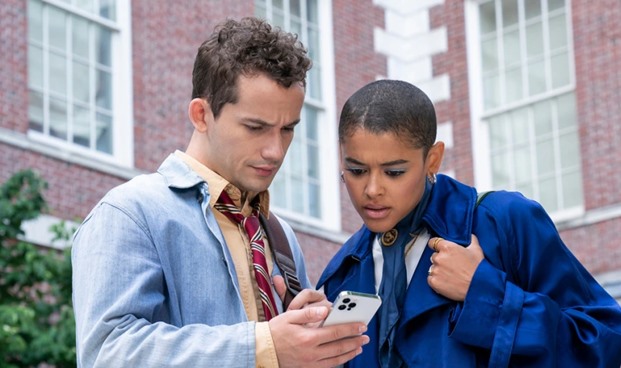 The song was released on the singer’s fifth studio album Star-Crossed, which came out in late 2021 via MCA Nashville and Interscope Records, and went to #44 on the Hot Country Songs chart in the U.S.

It also hit #1 in Australia, as well as charted high up on charts in nine other countries.

During Grammy Award considerations the Grammy Awards folks decided to place Star-Crossed in the pop albums chart category when considering albums for nominations.

After Kacey Musgraves, her representatives and fans complained to the Grammy Awards committee, when the Grammy Award nominations were announced several weeks later, the singer’s Star-Crossed album was not in any album category.

Personally, as someone who listens to thousands of albums a year, I have to agree with the Grammy Awards committee, Star-Crossed is most definitely a pop album. With tinges of country.

Listen to Kacey Musgraves’ ‘Cherry Blossom‘ on the song’s official lyric video, and on the singer’s Star-Crossed album.

RELATED:  Tove Lo’s cool ‘No One Dies from Love’ was played on Gossip Girl this week — Listen