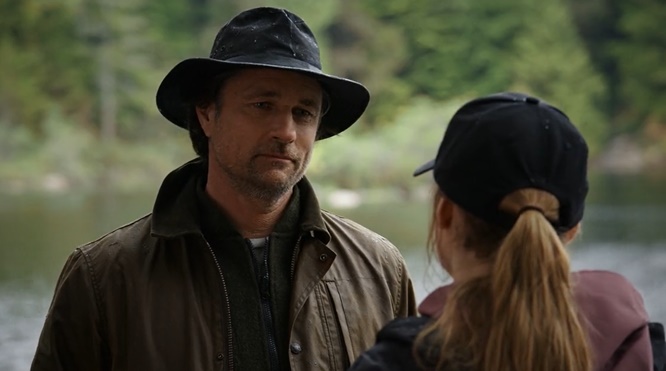 American singer songwriter Kate York’s ‘Still On Top‘ was featured on the just-released Season 2 of the Netflix drama series Virgin River this week — Virgin River, Season 2, Episode 4, “Rumor Has It“.

The track was heard as Mel is running and then bumps into Jack who is at the river fishing.

It is also the second time the track has been used in a hit entertainment property, as it showed up in the cafe scene in the popular movie After last year.

Kate York’s ‘Still On Top‘ was released in 2019 as a single via Big Yellow Dog Music and, while you may think you are not familiar with Kate or her music, you will have heard quite a lot of it if you watch the series Nashville.

That’s because Kate has written a number of songs for the soundtrack of that show, but with other artists singing them instead of herself.

Kate herself has released music on and off since the late 1990s, interspersed with periods of time where she was a recording engineer, or spending time writing songs for other artists. (continue reading below…)

When she does release her own work, however, and that is more and more frequently in the last few years, her songs, like ‘Still On Top‘, tend to be standouts.

In fact, so liked is Kate York’s music by a variety of TV show music supervisors, it has also been licensed for shows like One Tree Hill (several times), God Friended Me, Grey’s Anatomy, Batwoman, The Fosters and Army Wives.

Listen to Kate York’s gorgeous ‘Still On Top‘ as played on Virgin River in both the video and Spotify player below. The track was co-written by Kate and Jakub Vanyo.