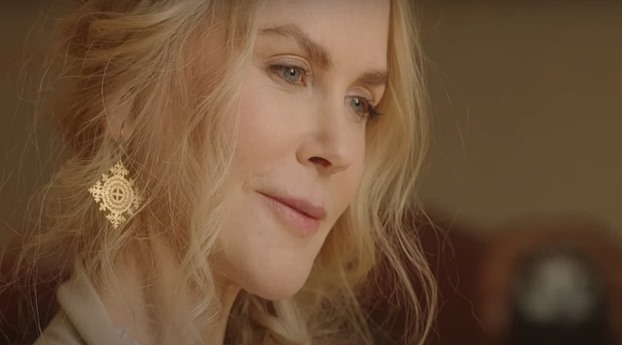 It is also an original song the musician wrote for the soundtrack of the Hulu mini series Nine Perfect Strangers — a series whose finale aired last night.


In last night’s final episode — Nine Perfect Strangers, Episode 8, “Ever After” — Keith Urban’s ‘Crimson Blue’ was heard playing as Masha drives away, and continued to play as the credits begin to roll.

And, if you know anything about Urban at all, you will not be surprised to hear he was chosen to write a song for the series.

After all, Urban is married to Nine Perfect Strangers star Nicole Kidman, so he certainly must know the type of song she would love to have playing in that final emotional scene.

Related: Bon Iver’s ‘Michant‘ showed up on Nine Perfect Strangers last night, and it was beautiful

Urban’s ‘Crimson Blue‘ was written by the musician in collaboration with Sean Small, Sam Sumser and BRELAND, and is only his second release of the year coming soon after his song ‘Wild Hearts‘, which released in August.

‘Crimson Blue‘ came out on Monday via Capitol Records Nashville. The soothing, almost relaxed ballad has a lovely melody, a cool bass and his vocals soar.

Listen to Keith Urban’s original song ‘Crimson Blue‘ as premiered on Nine Perfect Strangers in the video, and on the Spotify player down below.