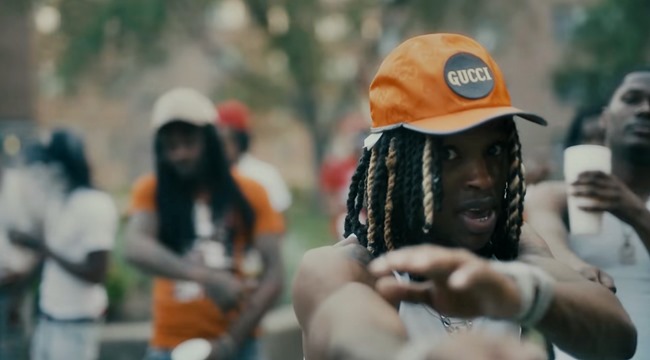 The song was heard both as Tariq and Monet are at the harbour, and then again over the end credits.

King Von’s ‘I Am What I Am‘ is from the rapper’s debut studio album Welcome to O’Block, which was released in October, 2020 via Empire Distribution and Only The Family Entertainment.

The album was released just a week before King Von’s death, at the age of just 26 years old.

King Von was killed outside an Atlanta nightclub on November 6th after a shootout between a group of men affiliated with King Von and another group with rapper Quando Rondo. Police were called to the shootout and also joined in.

When the incident ended, King Von was dead, along with another man. A sad waste of two lives over probably nothing much of importance. (continue reading and listen to King Von’s ‘I Am What I Am‘ below…)

As for King Von’s ‘I Am What I Am‘, it was the fourth single from Welcome to O’Block.

One line of the track’s lyrics was also sadly prophetic:

Listen to King Von’s ‘I Am What I Am‘ (feat. Fivio Foreign) as played on Power Book II: Ghost in the song’s official music video and on King Von’s debut album below.