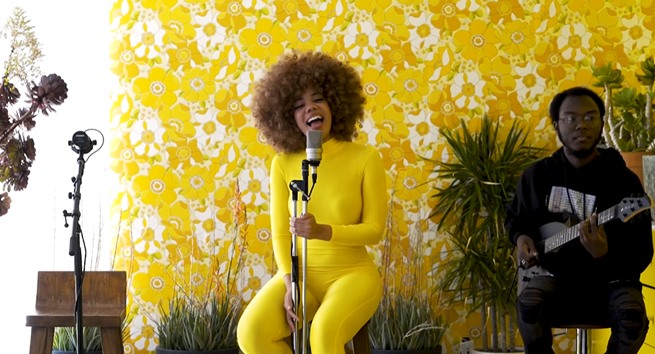 American R&B soul singer songwriter KIRBY’s ‘Kool Aid’ was one of the songs featured on the new episode of All Rise last night — All Rise, Season 2, Episode 7, “Almost the Meteor” (aired on January 25th, 2021).

The gorgeous soul-infused song was heard as Lola and her husband are hanging out. It continues playing over the end credits.


Memphis, Tennessee native KIRBY, aka Kirby Lauryen Dockery, got her start in the music business with a YouTube channel.

Not long after she started the channel, she began the challenge of uploading a new video of herself singing an original song every day for a year.

Agent Roc Nation contacted her soon after day 300, and not long after she was signed to their record label.

Since then, KIRBY has released her debut album Sis. via Roc Nation in 2020, as well as six singles. (continue reading below…)

Along with her recording career, KIRBY also writes songs for other artists, not just for any artists though, but instead for some of the biggest names in the industry.

Listen to KIRBY’s ‘Kool Aid’ as heard on All Rise in both the cool live version video and on her debut album Sis. on the Spotify player.

And, if you love KIRBY’s music as much as I do, don’t miss her superb Tiny Desk Concert through NPR last June. She sings ‘Kool Aid‘ live, along with ‘Apple‘ and her single ‘Velvet‘.