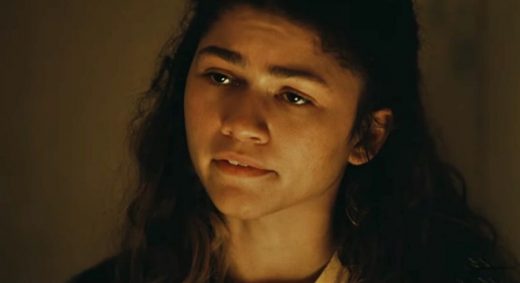 While I’m not a gigantic fan of Kylie Minogue, I am familiar enough with her music to smile when I hear it on a TV show.

Music like Kylie Minogue’s ‘Can’t Get You Out of My Head‘, which showed up on the season finale of Euphoria last night — Euphoria, Season 2, Episode 8, “All My Life, My Heart Has Yearned for a Thing I Cannot Name“.

Minogue’s ‘Can’t Get You Out of My Head‘ came out more than two decades ago as the lead single from the Aussie singer’s eighth studio album Fever, and became one of the most popular songs of 2001.

The dance pop techno-pop track charted at #1 in an astounding 40 countries, and also earned Minogue Platinum or Gold certification in 16 countries.

Since its release, ‘Can’t Get You Out of My Head‘ has sold more than 5 million copies worldwide.

In the 20-plus years since its release, the track is still thought of as one of Minogue’s signature songs, as it also went on to elevate her to pop superstardom.

A stardom she still holds over two decades later.

Listen to Kylie Minogue’s ‘Can’t Get You Out of My Head‘ from last night’s Euphoria in the song’s music video, which has the singer singing and dancing in a now-iconic white jumpsuit.

And, of course, not miss listening to her entire Fever album down below as well, as each track is equally as cool.

Watch the entire first and second seasons of Euphoria via Hulu.