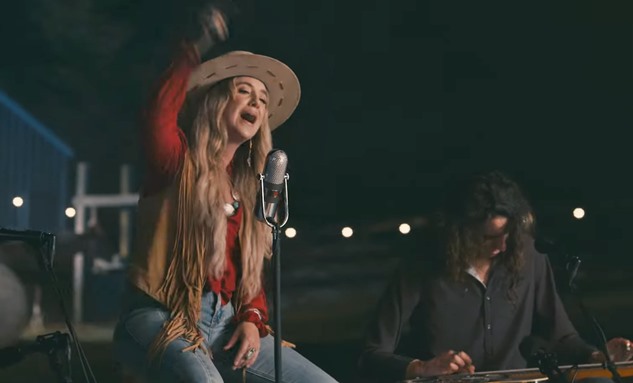 It was one of two Wilson songs played on the episode — Yellowstone, Season 5, Episode 6, “Cigarettes, Whiskey, a Meadow and You” — with the other one, ‘Watermelon Moonshine‘, also being pretty damned stellar.


Like ‘Watermelon Moonshine‘, Wilson’s ‘Hold My Halo‘ is from the singer’s second major label studio album Bell Bottom Country, which came out on October 28th this year.

But, while ‘Watermelon Moonshine‘ is sweeter and more nostalgic, ‘Hold My Halo‘ is raucous and wild.

And just in case you’re not yet familiar with Lainey Wilson, and you should be, she is known for her Dolly Parton-sounding accent and twang, her huge voice, and her very addictive songs.

She is also becoming just as well-known for her debut acting role as Abby, a country singer who becomes close to Ryan in the latest season of Yellowstone.

Listen to Lainey Wilson’s ‘Hold My Halo‘ as heard on Yellowstone on her recently released Bell Bottom Country album, and in a live performance of the song she gave during a CMT Campfire Session back in November.