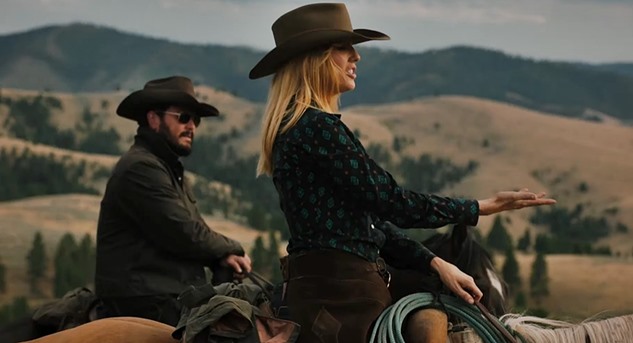 There were a couple of Lainey Wilson songs that showed up on the latest episode of Yellowstone last night, including Wilson’s ‘Watermelon Moonshine‘, which was played on Yellowstone, Season 5, Episode 6, “Cigarettes, Whiskey, a Meadow and You“.

The sweet and nostalgic song was played on the episode as the cattle are being branded.


Lainey Wilson’s ‘Watermelon Moonshine‘ was released earlier this year on the country singer’s second studio album Bell Bottom Country, which came out on the BBR label in late October.

It is one of several songs the Louisiana native has had featured on Yellowstone, including ‘Smell Like Smoke‘, which is also from the same album, and was performed live by the singer on an earlier episode in the current season of the western-themed drama.

The singer herself is known for her strong southern accent, her fabulously tough way of singing, her gorgeous twang, the phenomenal way she can hit those huge high notes and, of course, her catchy songs.

No wonder she was named both Female Vocalist of the Year and Best New Artist at the Country Music Association Awards earlier this year.

Listen to Lainey Wilson’s ‘Watermelon Moonshine‘ as heard on Yellowstone last night on her Bell Bottom Country album, and in the song’s music video.

You can also listen to many more songs from Yellowstone on Leo Sigh.