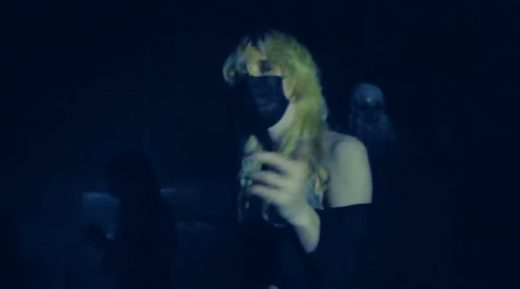 Her incredibly cool but very frenetic electro pop track was heard on the latest episode as we see Lexi out riding her bike.


Laura Les’ ‘Haunted‘ is yet another short track used on this week’s Euphoria.

Along with Labrinth’s ‘I’ve Never Felt So Alone‘, which also appeared on last night’s episode, ‘Haunted‘ is an under-2-minute-track. (Just 1 minute 42 seconds).

In that short amount of time though, Les manages to pack in a helluva lot of atmosphere and angst in a song that is also pretty freaking catchy and addictive.

Interestingly, it was only released after fans, who loved the track, begged her to get it out there so they could buy it. I’ll bet now she has been featured on Euphoria, she’s glad they did.

Along with music partner Dylan Brady, she has recorded and released nine singles, one EP, a remix and a debut studio album.

Music that has been getting critical acclaim from a wide variety of folks.

Listen to Laura Les’ ‘Haunted‘ from last night’s Euphoria on the Spotify player below this article, and on her official music video for the song.

And yep, it’s as creepy and crazy as you might expect.

There are more songs from last night’s Euphoria on Leo Sigh here.