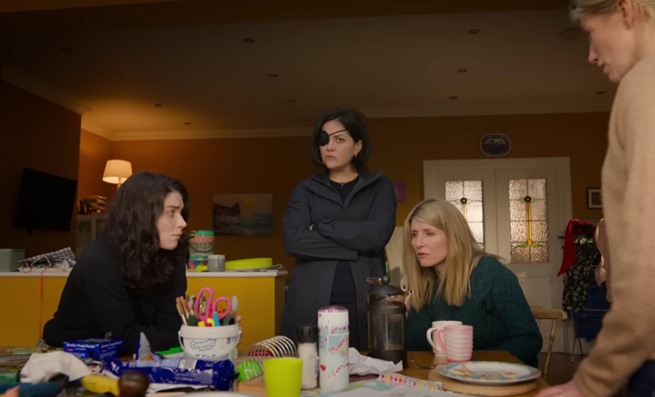 The almost avant garde-sounding song was played on the series finale episode as we see Matthew breaking into Garvey’s cabin.


Laura Marling’s ‘Devil’s Spoke‘ is the second single from her sophomore album I Speak Because I Can, which came out in 2010 on the Virgin Records label.

Marling’s I Speak Because I Can album charted on seven countries, and hit two charts in the U.S. including at #7 on the U.S. Folk Albums chart.

The album was also certified Gold in the United Kingdom.

Listen to Laura Marling’s ‘Devil’s Spoke‘ as heard on last night’s Bad Sisters on her I Speak Because I Can album, and in the music video.

A video that features Marling in an empty marshland and in various other deserted locations, as she plays the guitar and a drum.

Until night falls, men with torches arrive and the atmosphere becomes even more primeval.