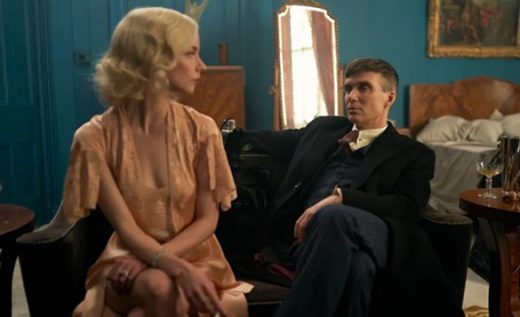 It was one of several melancholic songs played on the soundtrack.


‘Blackbird‘ is from O’Neill’s fourth studio album Heard a Long Gone Song, which came out in 2018.

The song was written by O’Neill and is about falling so deeply in love with a man, the singer is terrified of her feelings and of the outcome of them, as well as about the loneliness she feels when she is not near him.

The symbol of the blackbird was likely chosen as the confessor for the singer as, in myth, the bird is thought to be either a good omen, in which case the singer’s love would turn out well, or a way to enhance the power of the person who sees them.

RELATED: Sinéad O’Connor’s ‘In This Heart‘ was that devastating song heard on Peaky Blinders last night as Ruby is buried

Listen to Lisa O’Neill’s ‘Blackbird‘ from Peaky Blinders on the singer’s Heard a Long Gone Song album below. There is also a lovely live performance she gave of the song in a pub in Manchester back in 2018 down there too.

You can watch the latest season of Peaky Blinders on BBC One.