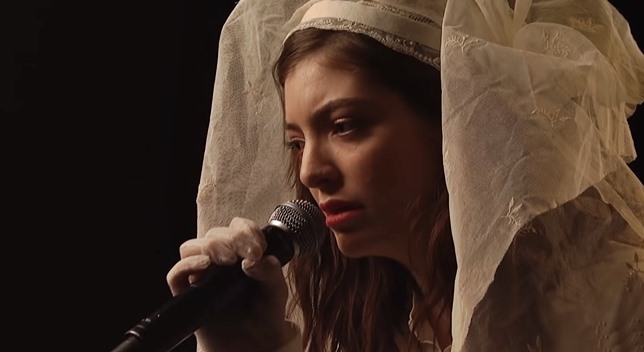 The HBO teen drama series Euphoria‘s Season 1 special aired on Netflix this week and, as you would probably expect, it featured some spectacular music.

Music like New Zealand singer songwriter Lorde’s ‘Liability‘, which was played on the Euphoria Season 1 Special, “F*ck Anyone Who’s Not a Sea Blob” on January 22nd, 2021 during the opening sequence.

Lorde’s ‘Liability‘ was the first promotional single from her sophomore studio album Melodrama, which was released in 2017 via Lava Records and Republic Records.

The song is a beautiful bare-bones piano-driven primarily instrumental ballad that was co-written by Lorde along with Jack Antonoff.

It talks about how difficult Lorde found it after she became famous, and how much her friends and family had to deal with the liability of that event.

Liability that caused some of her friends to pull back as they just didn’t want to deal with the invasion of privacy they experienced. (listen to Lorde’s ‘Liability‘, including a cool live version, after the promo…)

While Lorde’s ‘Liability‘ was a critic favorite, as a single it was not as successful as others from the album.

‘Liability‘ did make it to #8 on the Recorded Music NZ chart in her home country of New Zealand. The song also charted at #78 on the Billboard Hot 100 chart, and at #84 on the UK Singles chart.

It was eventually certified Platinum in Australia and Gold in New Zealand, Canada, the United Kingdom and the U.S.

Listen to Lorde’s ‘Liability‘ as heard on Euphoria‘s Season 1 Special this week. It is a completely different song than every other track on the singer’s Melodrama album, but one that really stands out.

There is also a gorgeous Saturday Night Live performance she gave later in 2017 that is well worth a watch.