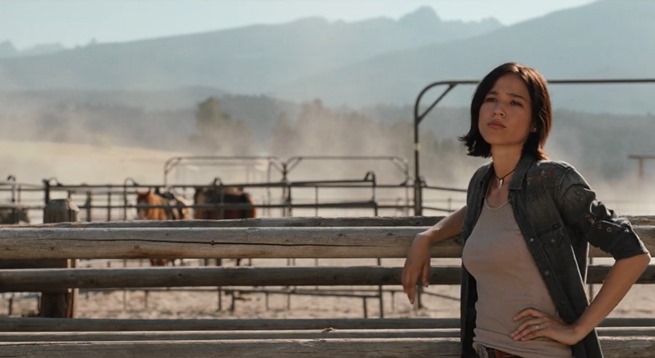 American actor and singer Luke Grimes’ ‘No Horse to Ride‘ was one of several songs played on the Yellowstone soundtrack on New Year’s Day — Yellowstone, Season 5, Episode 8, “A Knife and No Coin”.

The cool country song was played as the herd is being loaded up into the trucks for the move to Texas.


Luke Grimes’ ‘No Horse to Ride‘ was released in December, 2022 via UMG Recordings and is the first official single from the actor turned singer.

Grimes, of course, has been acting since 2006 when he appeared in the horror film All the Boys Love Mandy Lane.

Since then, he has appeared in a slew of movies and TV shows, most notably the hit film Fifty Shades of Grey and its two subsequent sequels.

Recently though, Grimes is known for playing the role of Kayce Dutton in Yellowstone. A TV show that it now seems is also showcasing his music.

Although, from the lovely sound of ‘No Horse to Ride‘, I doubt most people will have any problem with that.

Listen to Luke Grimes’ ‘No Horse to Ride‘ as heard on Sunday night’s Yellowstone on the Spotify player, and in the video.

A video that has already earned the new singer close to 190,000 plays on YouTube alone.

RELATED: Zach Bryan’s ‘Tishomingo‘ is that other fabulous song played almost in full on Yellowstone this week