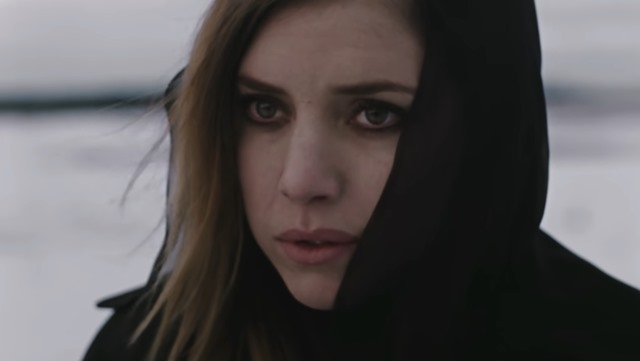 The song was heard on Warrior Nun as Ava is wandering around town and goes into a bar. She hears music she likes, and begins to dance. Most of the people in the bar watch her until one woman walks over and asks her if she would like a drink.

Ava takes the glass, has a gulp and then, realizing it’s alcohol, spits it out. She then leaves the bar after hitting a man and knocking him across the room.

Lykke Li’s ‘I Follow Rivers‘ was released in 2011 as her second single from her sophomore studio album Wounded Rhymes.

The track has charted in a slew of countries between its initial release and 2019 due to various remixes being released. It hit the top spot on charts in seven countries, making it to the top spot on four different charts in Romania and two charts in both Belgium and Poland.

Remixes of Lykke Li’s ‘I Follow Rivers‘ include the Dave Sitek remix, the Van Rivers & The Sublimial Kid remix, the Magicians remix and a Tyler, the Creator remix.

‘I Follow Rivers‘ also has an official music video featuring a man running through a snowy landscape. Lykke Li appears in the background wearing a long dark coat and a veil and then proceeds to follow after the man. When she eventually catches him, the two embrace and then kiss.

Listen to Lykke Li’s ‘I Follow Rivers‘ as featured on Warrior Nun in that official music video. A smash hit video for Li that now has over 71 million views on YouTube.

All 10 episodes of the first season of Warrior Nun are currently streaming on Netflix.