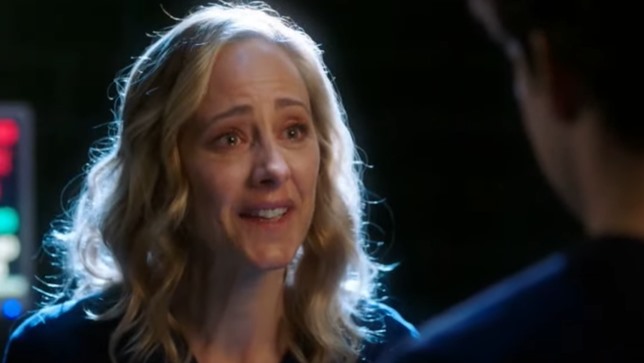 A show that has become beyond dreary in every respect, and should have been ended at least a season ago.

The track itself was heard at the end of the episode as Link and Amelia are talking, and as Teddy is being carried home by Owen.

Maggie Rogers’ ‘Satellite‘ is from the singer’s first compilation album Notes from the Archive: Recordings 2011-2016, which was released digitally in 2020 via Debay Sounds, and then on CD and vinyl in February of this year.

It is an album comprising songs that were written by Rogers before her now-iconic song ‘Alaska‘ was noticed by Pharrell Williams and then released in 2016.

And while the track is quite repetitive in its composition, it has Rogers’ rich, emotional vocals, a gorgeous melody and plaintive strings that make it quite lovely.

Listen to Maggie Rogers’ ‘Satellite‘ as heard on this week’s Grey’s Anatomy on the song’s visualizer video below, and on her 16-track album Notes from the Archive.