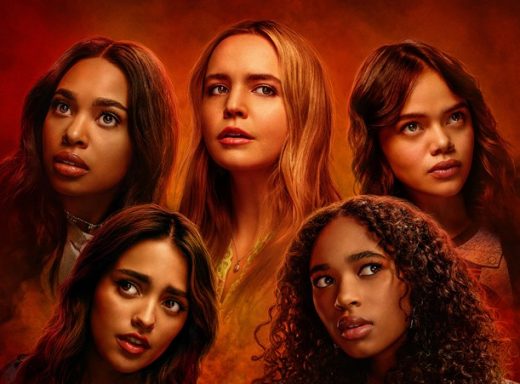 Welsh singer songwriter Marina’s ‘Purge the Poison‘ feat. Pussy Riot’s Nadezhda Tolokonnikova was one of the many songs played on the Pretty Little Liars: Original Sin soundtrack this week.

The guitar-heavy catchy song is from Marina’s fifth studio album Ancient Dreams in a Modern Land, and was released as the album’s second single via the Atlantic Records label in April, 2021.


The version of the song played on the Pretty Little Liars: Original Sin soundtrack featuring guest vocals from Nadezhda Tolokonnikova was an alternative version, and was released a month later.

That version also has a completely different verse than the original.

The original version of ‘Purge the Poison‘ also has a music video that has Marina dancing to the song while wearing different colored outfits.

Listen to Marina’s catchy ‘Purge the Poison‘ as heard on Pretty Little Liars: Original Sin in that video, and on her Ancient Dreams in a Modern Land album down below.

You can also hear the release featuring Pussy Riot’s Nadezhda Tolokonnikova in the video below too.

And, for more music from the latest Pretty Little Liars release, as well as information about the artists singing them, listen to more songs here on Leo Sigh.