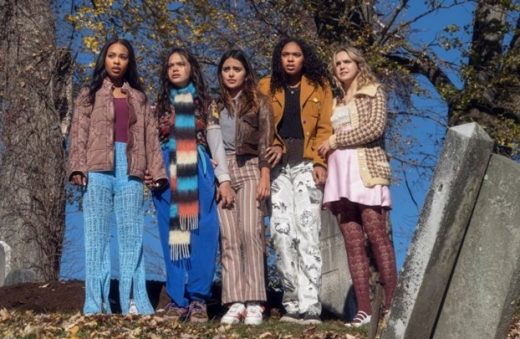 The song is the indie band’s cover of the now classic New Order track that came out in 1983, and was originally released on their debut studio album Candyass, which was released in 1998 on the Warner Bros. and Reprise record labels.


It is thought of as one of the best cover songs of a you-probably-shouldn’t-touch-this-hit-song ever released, with the band members themselves surprised at the praise they received as they had expected huge amounts of criticism from rabid New Order fans.

‘Blue Monday‘ was one of two singles released from the album. It charted at #4 on the U.S. Alternative Airplay chart, as well as at #56 on the Billboard Hot 100. The cover also hit charts in four other countries, and was a big hit on MTV.

Orgy’s version of ‘Blue Monday‘ has also been popular with TV show and film music supervisors, and has been licensed for play on shows like Charmed and Powers, and in movies like I Know What You Did Last Summer.

Listen to Orgy’s ‘Blue Monday‘ as heard on Pretty Little Liars: Original Sin on the band’s Candyass album, and in the song’s official music video below.