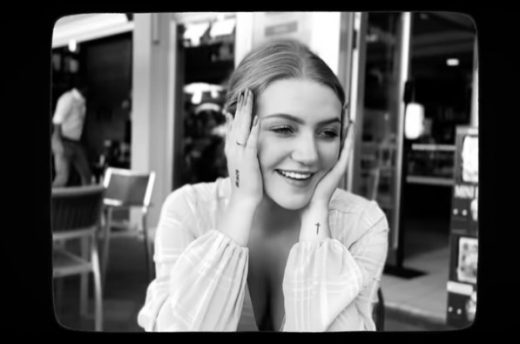 American singer songwriter Marissa’s ‘Hey‘ was one of the songs played on the new Netflix movie in the 365 Days series — in this case, The Next 365 Days.

The indie pop rock singer also had a few other tracks used on the soundtrack, including songs that were collaborations with EMO, Jhn McFly, and Tommy Docherty.


Marissa’s ‘Hey‘ is from her just released six-track EP Just Breathe. An EP that also includes other songs used on The Next 365 Days soundtrack.

The song comes with a black and white music video that features the singer performing the song interspersed with shots from a video camera taken by the person she used to be with. The person she now misses.

‘Hey‘ itself has a catchy melody, a fast-paced chorus, and Marissa’s vocals are incredibly pretty, made even prettier with her quirky way of phrasing the lyrics.

Listen to Marissa’s ‘Hey‘ in the song’s official music video, and on her Just Breathe EP and you will hear what I mean.

RELATED: Tommy Docherty’s ‘WALLOWS‘ was one of the gorgeous songs played on The Next 365 Days soundtrack — Listen