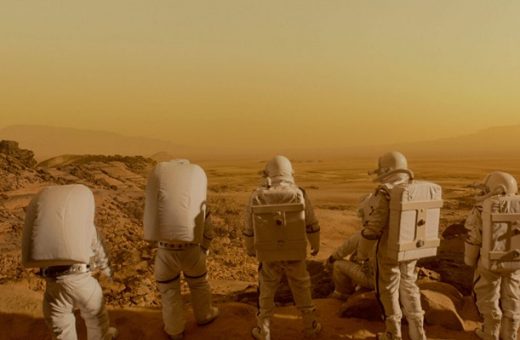 American alternative rock band Mazzy Star’s ‘Mary of Silence‘ was one of the tracks featured on the soundtrack of this week’s episode of the Apple TV+ sci-fi drama For All Mankind — For All Mankind, Season 3, Episode 6, “New Eden“.

The dream pop song was originally released on the indie band’s second studio album So Tonight That I Might See, which came out on the Capitol label in late 1993.


An album that has since been called one of the best dream pop albums ever released.

The song wasn’t a single from the album, however, as that was reserved for the hit song ‘Fade Into You‘, but it did receive quite a bit of attention on college and alternative radio stations and in clubs.

That’s likely because ‘Mary of Silence‘ has that ominous, dark and almost gothic sound many college students tend to gravitate towards, as they move towards adulthood and away from their parents.

A sound that makes them feel cooler, more sophisticated and more mature, simply by listening to it.

Listen to Mazzy Star’s ‘Mary of Silence‘ as played on For All Mankind this week in the video, and on the band’s So Tonight That I Might See album.

Watch Season 3 of For All Mankind on Apple TV+.