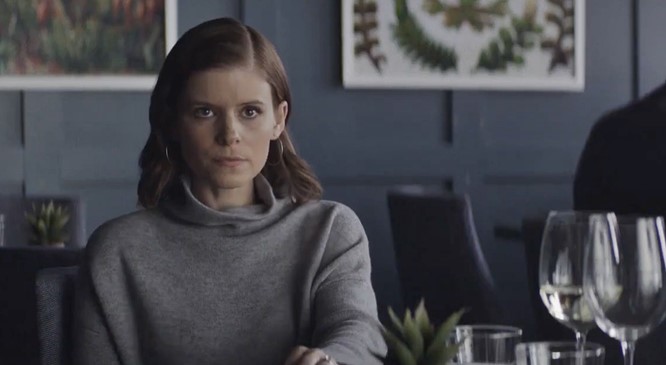 Indie rock electro soul singer songwriter Moses Sumney’s ‘Indulge Me‘ was played on the season finale of A Teacher — A Teacher, Episode 10 — the FX on Hulu drama series about a teacher and a high school student who end up in a relationship, and the ramifications of that relationship.

‘Indulge Me‘ was played as Claire is left sitting in the restaurant after Eric leaves.

Moses Sumney’s ‘Indulge Me‘ was written by the singer, and is from his 11-track debut studio album Aromanticism, which was released in 2017 via the Jagjaguwar record label.

The album was both a critical hit and a fan hit for the North Carolina-based artist, although not a particularly big commercial hit.

It only charted in one country — Belgium — but it did make it onto the The Best Albums of 2017 lists of media as diverse as Pitchfork, NPR, The New York Times and Spin. (continue reading and listen to Moses Sumney’s ‘Indulge Me‘ after the promo…)

At the time of its release, Aromanticism was talked about as an album that required multiple listens before the songs and their messages really buried into the conscious, which could be why it was not the best-seller this gorgeous album should have been.

Listen to Moses Sumney’s ‘Indulge Me‘ as featured on this week’s A Teacher in the video below and as part of his Aromanticism album.

There is also a beautiful live performance of the track he recorded for the French YouTube channel La Blogotheque you should also listen to below.