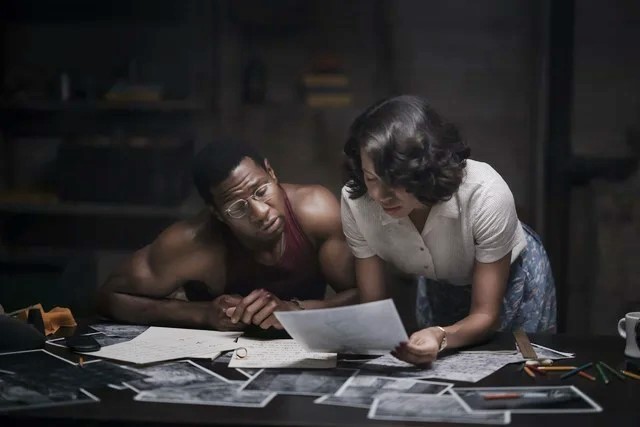 The song was played in the scene where Montrose is at the drag ball and finally decides to let his inhibitions go.

Moses Sumney’s ‘Lonely World’ is from his second EP Lamentations, the  2016 follow up to his critically successful debut EP Mid-City Island.

It was followed a year later by his debut album Aromanticism, which was named one of the best albums of 2017 by several influential music critics and publications, including the New York Times.

Listen to Marilyn Manson’s ‘I Put A Spell On You’ from Lovecraft Country, Season 1, Ep. 4

Sumney himself talks about creating his music as “performance”, and is known for working on his songs while performing them so that the finished result has often been modified by how it works on stage and how audiences react to it.

Listen to Moses Sumney’s ‘Lonely World‘ in the official music video for the song. The video is in black and white and is as stunningly and artistically shot as you would expect from anything Sumney produces.

The excellent first season of Lovecraft Country is now streaming on HBO.