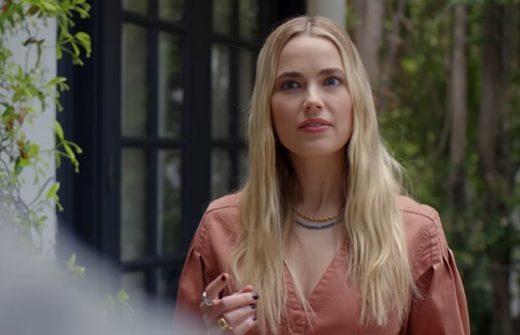 The hilarious new Hulu series Maggie not only features superb pop music on its soundtrack, but it even kicked off its fabulous music offerings on its trailer before the show even began airing.


A catchy dance pop song that gives the trailer a fun feel, and that was the third single released from the all-girl trio’s debut studio album About U.

An album that came out in early 2017 via the RCA label, and that put Muna on the map as it hit #7 on the U.S. Heatseekers Albums chart, and grabbed the attention of music critics.

Muna’s ‘I Know a Place’ also earned a lot of critics’ attention as it was written as a kind of anthem for the LGBTQ community to let them know, even in times of stress, fear and grief, there is always a place where you can go. A place where you will be taken care of and belong.

Listen to Muna’s ‘I Know a Place‘ as heard on the Maggie trailer in the song’s official music video, and on the band’s About U album below.

You can also re-watch the Maggie trailer down there as well. Meanwhile, Maggie is now airing on Hulu and, having watched the first three episodes so far, I can tell you it is well worth a watch.