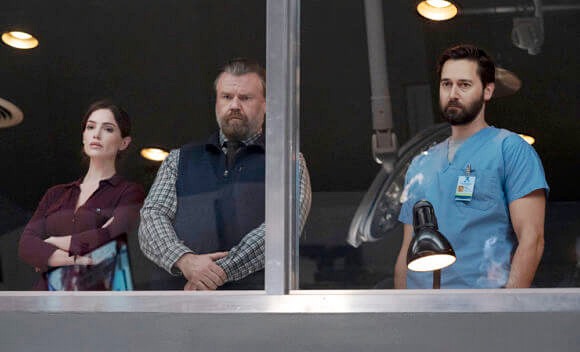 Nashville, Tennessee based American alt country music project Night Beds’ ‘Even If We Try‘ was one of the stellar songs played on the latest episode of the medical drama New Amsterdam this week — New Amsterdam, Season 3, Episode 2, “Essential Workers“.

The song was playing as Dr. Reynolds is operating on Kapoor and as Ella has her baby.


Night Beds’ ‘Even If We Try‘ was released as a single by the indie group in 2012, with the B-side ‘You Were Afraid‘. It was then re-released on the band’s 10-track debut studio album Country Sleep in 2013 via the Dead Oceans record label.

The track also came with an official music video that has lead singer Winston Yellen as a man with a substance abuse problem. It begins at a party where his friends are drawing on his face with lipstick as he rolls around the kitchen floor.

He then leaves the house and walks drunkenly home only to end up spitting toothpaste at himself in the bathroom mirror and then wallowing around in his bathtub obviously still drunk and obviously hating himself for his weakness.

(continued below, where you can also hear Night Beds’ ‘Even If We Try‘…)

Listen to Night Beds’ ‘Even If We Try‘ as heard on last night’s New Amsterdam in that music video and on the group’s album Country Sleep below.

There is also a beautiful live performance of the track recorded in a church that Winston Yellen gave back in 2012 down there as well.

The song has also been used on the soundtracks of the series Criminal Minds and Saving Hope.