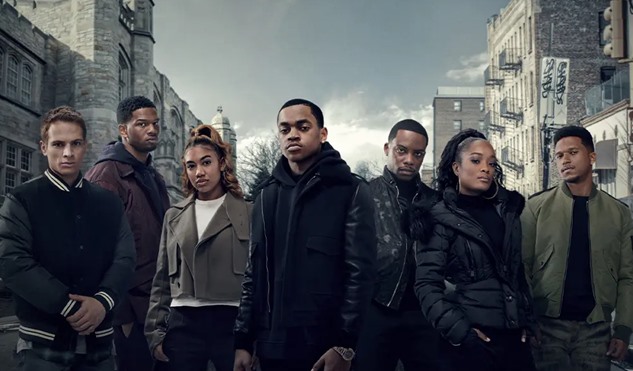 The track is from Novel’s EP Black in America, which was released in 2016 via the Lost Poets Music record label.

The EP is one of an enormous number of EPs, albums and mixtapes Novel has recorded since his career began in 2003 with the release of his first single ‘Peaches‘.

No wonder then American hip hop, soul singer and rapper Novel (aka Alonzo Mario Stevenson) is a Grammy Award winning artist who is considered an incredibly prolific and versatile songwriter, having written songs in the rock, hip hop, R&B, dance, pop, electronic, jazz, country and gospel genres. (continue reading and listen to Novel’s ‘Rise‘ after the promo…)

He has collaborated with artists as diverse as David Guetta, Lauryn Hill, Lemar, Leona Lewis, Dr. Dre., Ashanti, YFN Lucci and Talib Kweli, with ‘Rise‘ being a collaboration between Novel and vocalist Stephani Parker.

The inclusion of the song on Power Book II is the second time his music has been licensed by Hollywood, with Novel’s ‘Damn‘ also licensed for play in the dance film Step Up.

Listen to Novel and Stephani Parker’s ‘Rise‘ as played on Power Book II: Ghost on his superb EP Black in America below.

The final episode of the first season aired last night on Starz, with a second season of the series already greenlit.