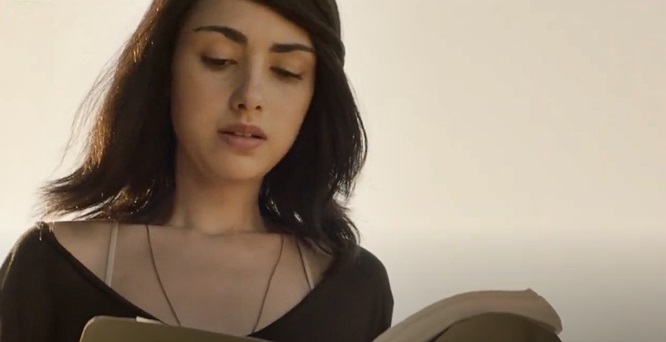 The song was heard at the end of the episode as Tony and Percy are putting on a shadow puppet play, and is one of several songs Watson has had featured on hit TV series in the last few years, including songs played on series like Grey’s Anatomy, The Blacklist, The Walking Dead (the original series) and Orange is the New Black.


Patrick Watson’s ‘Here Comes the River‘ is from his sixth studio album Wave, and is an utterly gorgeous song. One of those songs with a soul-grabbing sound you hope will be one of the last things you hear as you finally leave this earth.

Released in 2019 via indie record labels Secret City and Domino, the 10-track Wave was liked by critics and was ultimately nominated for a Juno Award for Adult Alternative Album of the Year. (article continues below…)

‘Here Comes the River‘ also came with an official music video that has Watson playing the piano on the street while singing the song, and then out on a river peddling a boat shaped like a swan. He then steps off the swan, fully clothed, and jumps into the water.

The video ends with Watson performing a concert outside a church with a crowd quietly watching.

Listen to Patrick Watson’s ‘Here Comes the River‘ as played on The Walking Dead: World Beyond in that official music video below.

You can also listen to the Montreal-based Canadian singer’s album Wave in full on the Spotify widget below that. As every song on the release is similarly spectacular, you really should.

The first season of The Walking Dead: World Beyond is currently streaming on AMC.