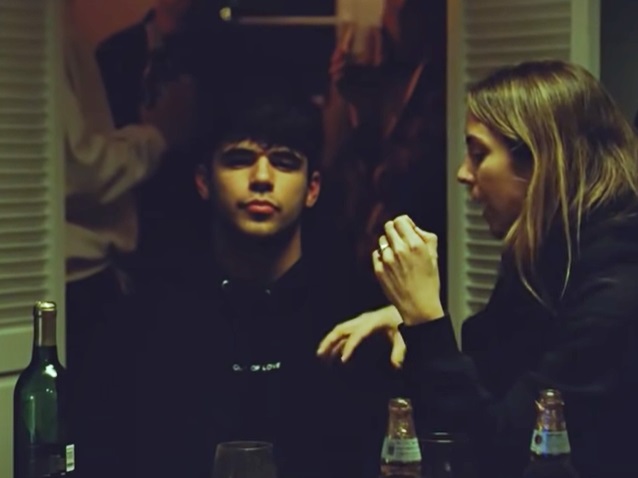 Multi-instrumentalist Peter Manos’s ‘In My Head‘ was one of the huge number of songs featured on the new film To All The Boys: Always and Forever, Lara Jean this week.

The song was heard as Lara Jean is first sitting by herself, and then begins to slow dance with Peter.


Dallas, Texas native’s Peter Manos’ ‘In My Head‘ was released in 2017, and was an enormous hit for the singer earning more than 300 million streams on Spotify alone.

Manos told Wonderland Magazine about writing the song while he was still in college:

I wrote it in my dorm room, and even though I was particular about how I wanted it to sound, I just had no idea it was going to amass that many streams. I think it resonated so well with people because when I wrote it, I was being honest. When I listen to that song now, it feels like a younger version of me, but I think it’s supposed to, you know? It’s exactly who I was when I wrote it in 2017.

While the R&B-infused song has a beautiful melody, a slow mellow beat, and a lovely relaxed feel to it, it is Peter Manos’s rich, honeyed vocals that really make this track something special. (continued after the promo for music from the same movie, where you can also listen to Peter Manos’ ‘In My Head‘…)

Listen to The Greeting Committee’s ‘Beginning Middle End’ from To All The Boys: Always and Forever, Lara Jean

Listen to Peter Manos’s ‘In My Head‘ as heard on To All The Boys...in the song’s official music video and on the Spotify widget below.

There is also a recently short version of the song Manos videoed in late 2020. Just him and his guitar in a field. Check that out below as well.

To All The Boys: Always and Forever, Lara Jean is now streaming on Netflix.