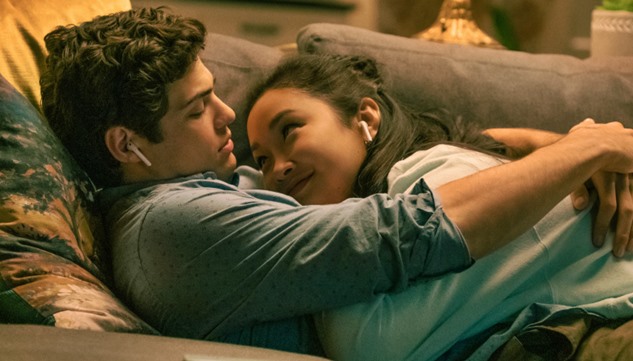 There were an enormous number of songs featured on the new teen film To All The Boys: Always and Forever, Lara Jean. Around 50, if you want to count.

Some tracks stood out more than others, of course, just like American indie rock band The Greeting Committee’s ‘Beginning Middle End’, which was played live by the band themselves at the rooftop party.


Yep, The Greeting Committee is likely to get a huge boost from being featured in this likely hit Netflix film. Especially because they performed several songs in it.

The Greeting Committee’s ‘Beginning Middle End‘ is also featured on the soundtrack of the film, although in that case this incredibly cool song is included three times on the album, with it being performed twice by Nashville-based singer songwriter Leah Nobel.

After all, as Peter tells Lara Jean, it’s “their song”.

To All The Boys: Always and Forever, Lara Jean is the third and final installment in the movie series about Lara Jean Covey and the five letters she writes to various boys. Letters that spark a whole lot of mess.

It is the follow-up to last year’s hit movie To All The Boys: P.S. I Still Love You, which became one of Netflix’s most ever watched films and, like the other films in the series, is based on the books by Jenny Han.

Listen to The Greeting Committee’s ‘Beginning Middle End‘ in the video below, and on the movie’s soundtrack album in the Spotify widget, where you can also hear the Leah Nobel version. Twice.