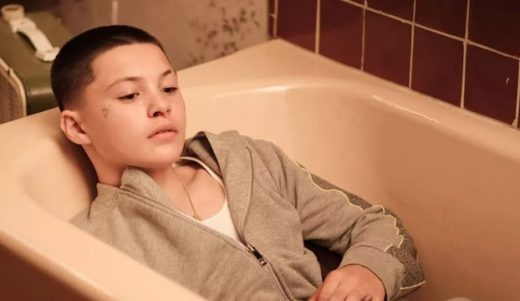 French composer Phillippe Sarde’s ‘Les Choses de la Vie‘ was one of those gorgeous tracks played on the soundtrack of the incredibly sad Euphoria season finale last night — Euphoria, Season 2, Episode 8, “All My Life, My Heart Has Yearned for a Thing I Cannot Name“.

The track was played on Euphoria as Rue is walking down the hall, and then we move back to the play.


And, by the way, I hadn’t heard Phillippe Sarde’s ‘Les Choses de la Vie‘ in years until I watched Euphoria, but since I did it’s been on repeat for half of my day.

As this music combines two things — a gorgeous orchestral melody and such intense feelings — and it’s a piece that deserves to be played on headphones, and as loud as you can play it. It really is that lovely.

And just so you know, Phillippe Sarde’s ‘Les Choses de la Vie‘ is from one of the first films he composed music for — the 1970 film Les Choses de la vie (aka The Things of Life).

It is a film that is incredibly sad and one that, once you watch it, you won’t forget. I never did.

Listen to Phillippe Sarde’s ‘Les Choses de la Vie‘ as heard on Euphoria last night in the video, and on the film’s soundtrack.

Euphoria is currently available via HBO and Hulu.