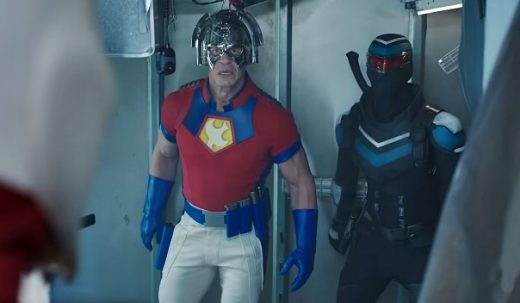 Another Pretty Boy Floyd song showed up on the soundtrack of Peacemaker on HBO Max this week — Peacemaker, Season 1, Episode 7, “Stop Dragon My Heart Around“.

That song was Pretty Boy Floyd’s ‘Rock and Roll (Is Gonna Set the Night on Fire)‘, which was played on the episode over the end credits.


The track is from the glam metal band’s debut album Leather Boyz with Electric Toyz.

An album that came out in late 1989, and spawned two singles, including ‘Rock and Roll (Is Gonna Set the Night on Fire)‘.

The second single, ‘I Wanna Be With You‘ was also featured on an earlier episode of Peacemaker.

Other than one year where the band broke up, they have been together since 1987 and are still together and performing today.

Listen to Pretty Boy Floyd’s ‘Set the Night on Fire‘ on their 10-track Leather Boyz with Electric Toyz album and in the video.