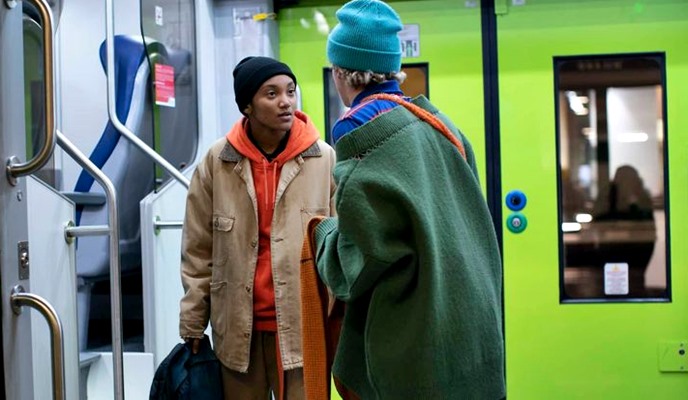 The iconic American singer songwriter Prince’s ‘The Love We Make‘ was one of the standout songs featured on the season finale of the HBO series We Are Who We Are this week — We Are Who We Are, Season 1, Episode 8.

The track was played as Fraser and Caitlin finally kiss.


Prince’s ‘The Love We Make’ was released in 1996 on Emancipation — the singer’s 19th studio album.

It was the first album the singer released after his final escape from a recording contract with Warner Bros. he had been trying to get out of for years.

Hence, the title of the album.

Emancipation was released on Prince’s own label NPG, and on the EMI record label.

Emancipation itself was a success for Prince, as it sold more than 650,000 copies in the United States alone, and made it onto the charts in 14 countries, including to the top spot in Switzerland.

The enormous 36-track, 3-disc album was also certified Gold in Japan, Platinum in Canada and Double Platinum in the U.S. (article continues below…)

Listen to David Bowie’s ‘Absolute Beginners’ from We Are Who We Are, Season 1, Episode 8, Season Finale

Prince’s ‘The Love We Make‘ has tended to become more popular as time has gone on as, back in 1996, it was just one of the tracks on the album and was never released as a single.

Since its release, however, it has become a fan favorite. It has also been used on three different occasions on the soundtrack of We Are Who We Are (episodes 1, 2 and now 8).

Listen to Prince’s ‘The Love We Make’ as featured three times now on We Are Who We Are in the video below.

Make sure you also listen to Prince’s Emancipation album in full in the Spotify player below.

It is a superb piece of work. One that allowed Prince to have far more artistic freedom than he had had under Warner Bros. and even to release several gorgeous cover song versions he had wanted to record for years.