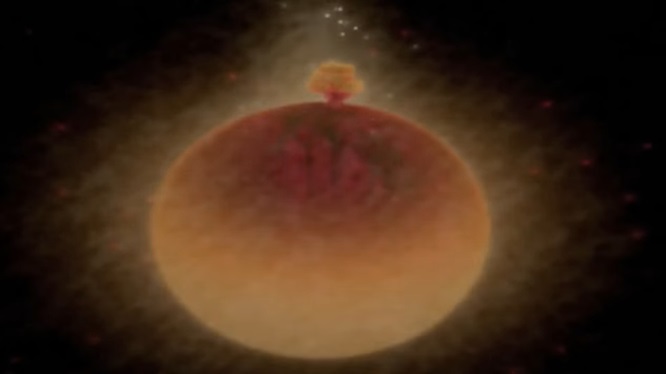 Radiohead’s ‘Reckoner‘ was one of the awesome songs featured on the new Amazon Prime series The Wilds this week — The Wilds, Season 1, Episode 1, “Day One“.

The haunting and hypnotic track was heard towards the end of the episode during the montage scenes.


Radiohead’s ‘Reckoner’ is from the British indie band’s seventh studio album In Rainbows, which was self-released by the band in 2007, as well as via the Xurbia Xendless and XL record labels.

The album was an enormous hit for the British band charting in over 20 countries and making it to the #1 spot on the albums charts in five of them, including the UK and the United States.

‘Reckoner‘ was the fourth single from the album.

The single was released in late 2008 and features gorgeous strings, and hypnotic vocals from Thom Yorke. So much so, if you listen to it enough times, it becomes almost mystical in its beauty.

Interestingly, however, even though it is nowadays thought of as one of the most beautiful songs Radiohead has created, ‘Reckoner‘ only charted in one country — the UK — where it made it to just the #74 spot on the Singles chart.

The song’s official music video was not created by Radiohead, but was instead the result of a competition with the band offering $10,000 to the winner. (continue reading after listening to the gorgeous live version of Radiohead’s ‘Reckoner‘ recorded at The Hospital Club in London in 2008…)

It was won by French fan Clement Picon, who created a black and white animated video that begins with sparse blades of grass growing up through the ground in a desolate place.

As the grass grows ever thicker, trees, then houses, then apartment blocks, freeways, factories and cities explode across the landscape until so much of nature has disappeared, the earth destroys all of it.

The cycle then begins again, with a lone now-colorful tree appearing on a dark red world. Long, thin, white shoots explode from the tree and continuing growing upwards until they create an enormous tree made from boxed shapes.

One that is now slowly floating through a void. (Listen to the album version of Radiohead’s ‘Reckoner’ and their album In Rainbows after the promo below…)

Listen to Bones UK’s ‘Pretty Waste’ from The Wilds, Season 1, Episode 1, “Day One”

Listen to Radiohead’s ‘Reckoner’ in that music video and on the band’s In Rainbows album on the Spotify player.

The first season of The Wilds is now streaming on Amazon Prime.