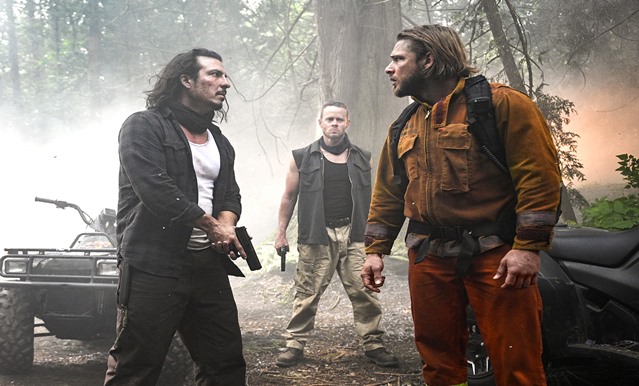 The mellow guitar-driven song was played as Vince and Bode are talking, and as Vince tells Bode about Riley and Jake.


Rag n’Bone Man’s ‘Old Habits‘ is one of the tracks from the blues rock, R&B, soul singer’s second studio album Life by Misadventure, which came out in 2021 via the Columbia record label.

Although not a massive critical hit, the album was a hit on charts in 14 countries, including the singer’s home country the United Kingdom, where it charted at #1 on the UK Albums chart.

Life by Misadventure also made it to #1 in Scotland and Switzerland.

Critics complained that, while his vocals were often beautiful, most of the songs on the album were more of the same, and that half of them were not anything of note.

Rag n’Bone Man‘s Life by Misadventure still did well commercially, however, (proving what critics say often holds little merit), as it was certified Gold in the UK, as well as saw continued high sales in many other European countries.

Listen to Rag n’Bone Man’s ‘Old Habits‘ as played on last night’s Fire Country on the singer’s Life by Misadventure album, and in the video.

RELATED: Marcus Mumford’s ‘Grace‘ was that lovely song playing on the second episode of Fire Country