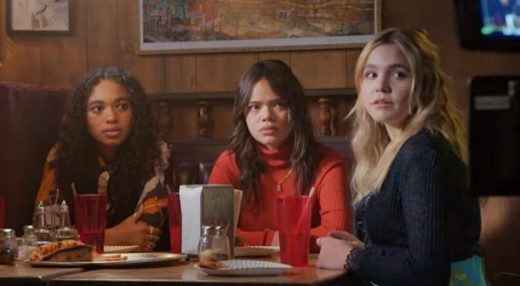 The track was the second single from Rob Zombie’s 13-track solo debut studio album Hellbilly Deluxe, which came out in February, 1999 via the Geffen record label.


It charted in the United States at #7 on the  Billboard Mainstream Rock Tracks, and at #22 on the US Alternative Airplay chart.

Rob Zombie’s ‘Living Dead Girl‘ has also been played on the soundtracks of TV shows like Dawson’s Creek, In the Flesh, and Angel.

The song’s official music video was based on scenes from the now-cult classic movie The Cabinet of Dr. Caligari, with Zombie playing The Doctor and his wife, Sherie Moon, as The Living Dead Girl.

The video itself was so popular, it currently has over 57 million views on YouTube.

Listen to Rob Zombie’s ‘Living Dead Girl‘ as played on Pretty Little Liars: Original Sin in the song’s music video, and on the indie artist’s Hellbilly Deluxe album below.

You can also hear more music from the new series, and learn about the singers/bands, here on Leo Sigh.