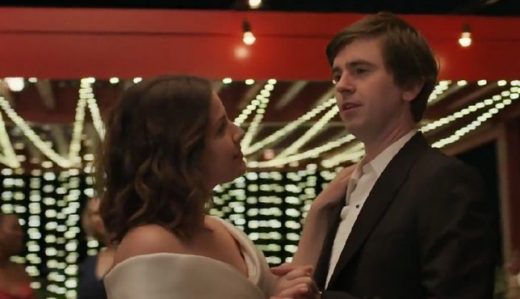 The medical drama The Good Doctor was back last night for its sixth season, with its first episode featuring a couple of cool songs, including Robert Plant and Alison Krauss’ ‘The Price of Love‘, which showed up on The Good Doctor, Season 6, Episode 1, “Afterparty“.

That song was playing during the opening montage as Lea and Shaun are dancing at their wedding and talking about “feeling married”, Lim tries to help Dalisay who is bleeding out, and the hospital is locked down after the stabbings.


Robert Plant and Alison Krauss’ ‘The Price of Love‘ was released in 2021 on the Americana album Raise the Roof, which came out in 2021 on the Rounder and Concord record labels.

The album spawned four singles, which didn’t include ‘The Price of Love‘.

That song was a cover of the original Everly Brothers song, which was released in 1965, and was one of several covers that have been released of the track over the last five decades.

Robert Plant and Alison Krauss’ Raise the Roof album was extremely successful for the interesting pair.

It charted in almost 25 countries, making it to #1 on the United States’ Independent Albums chart.

Listen to Robert Plant and Alison Krauss’ ‘The Price of Love‘ as heard on last night’s The Good Doctor in the video, and on the duo’s Raise the Roof album.