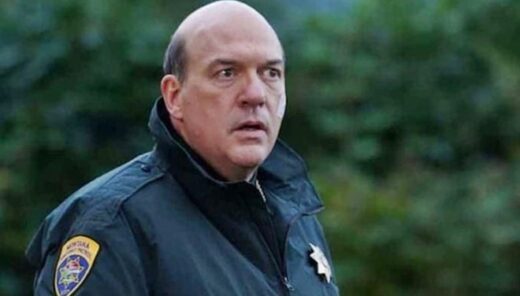 Last night’s episode of the drama series Big Sky featured alternative country singer Ruston Kelly’s ‘Just For The Record‘. A song that fits the Montana location of the series well but, to me, was a very odd choice for the scene it appeared in — a scene where Jerrie asks Ronald to let them all go.

Ruston Kelly’s ‘Just For The Record‘ itself is a gorgeous albeit sad song. A song about a man who realizes he screwed up with the woman he loved, but that he still wants her to know he loved her anyway.

Kelly and Musgraves were married for almost three years before they filed for divorce earlier this year, announcing “It just simply didn’t work”, which leads one to ask did he write the song for Musgraves as a way to say he loved her but he already knew they would not stay together? (continue reading after the promo and listen to Ruston Kelly’s ‘Just For The Record‘ down there too…)

Ruston Kelly’s ‘Just For The Record‘ is from the Ohio native’s debut studio album Dying Star, which was released in late 2018 via Rounder Records.

A superb album that, while critically acclaimed, did not garner the singer the sales or the fans it should have done.

Listen to the album version of Ruston Kelly’s ‘Just For The Record‘ below. It really is lovely.

There is also a superb live performance of the song Kelly and Musgraves gave at the Hotel Utah in San Francisco back in 2018 you should check out.

Even if the audience is a little bit more raucous than they should have been.