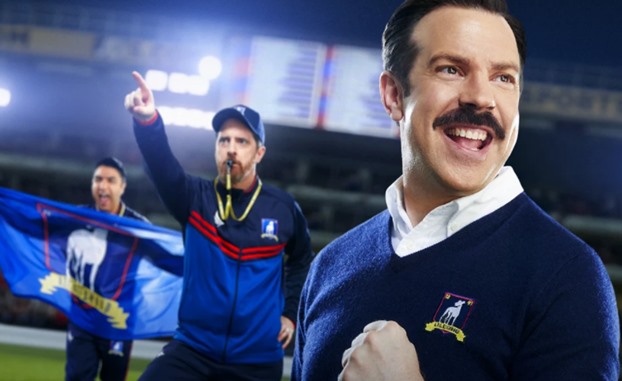 The sports comedy Ted Lasso is not only loved for its superb acting, plot and, yes surprisingly, feels, it is also becoming one of the best TV series of recent years for the music featured on its soundtrack.

Songs like last night’s utterly gorgeous ‘By Your Side‘, performed by British band Sade, which was heard on last night’s episode as Roy is running a bath for Keeley so she can relax and have some alone time. (Ted Lasso, Season 2, Episode 7, “Headspace“).

Sade’s ‘By Your Side‘ is from the band’s fifth studio album Lovers Rock (and yes, if you were around in the 80s like I was, you will probably still think of Sade more as the iconic singer than as the now lead singer of the band that bears her name).

That album was released in 2000 via the Epic record label, and was one of the first releases to feature more of a reggae sound than the cool jazz we had been used to hearing from Sade before that.

Not that that stopped Lovers Rock from being a massive hit, earning Sade a Grammy for the Best Pop Vocal Album and eventually being certified triple Platinum.

Related: The Rolling Stones’ ‘She’s a Rainbow‘ was a fabulous addition to the already superb Ted Lasso

As for Sade’s ‘By Your Side‘, the lovely mellow track is today thought of as one of the most beautiful love songs of all time.

The song also charted in over a dozen countries at the time of release, making it to #2 in Spain and the United States (on two charts).

Listen to Sade’s ‘By Your Side‘ as heard on Ted Lasso last night in the song’s music video, and on Sade’s stunning album Lovers Rock down below.