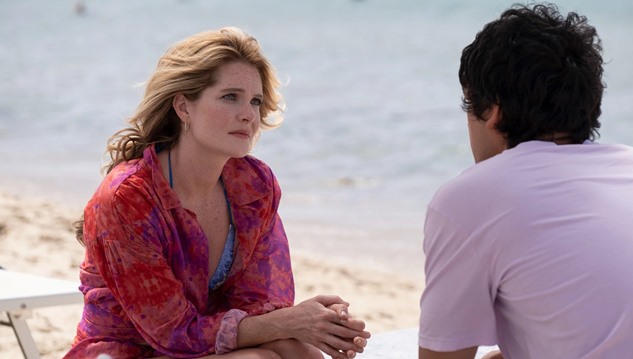 The song itself is still wonderfully upbeat, although quite a bit tongue-in-cheek when it comes to the people in The White Lotus, eh?


Cooke’s ‘The Best Things in Life are Free‘ was originally written for the 1927 musical Good News, but then was re-released two decades later several times by several different artists.

Sam Cooke’s cover of the song, however, came out in 1964 on his live album Sam Cooke at the Copa. The only live album the soul singer released, and one that was recorded over several nights during Cooke’s two-week residency at the iconic New York City nightclub the Copacabana.

The album featured 11 songs, including ‘The Best Things in Life are Free‘, was well-received by music critics, and made it to #29 on the Billboard 200 chart.

It was released just two months before his death at the young age of 33, after he was shot in what now appears to have been a robbery or planned murder set-up at a local South Central Los Angeles motel, and not a “justifiable homicide” as courts at the time ruled.

Sam Cooke at the Copa was remastered and re-released in 2003, almost 40 years after his untimely death.

Listen to Sam Cooke’s ‘The Best Things in Life are Free‘ (live version) as heard on The White Lotus on that album, and in the video.

Season 2 of The White Lotus is currently streaming on HBO.