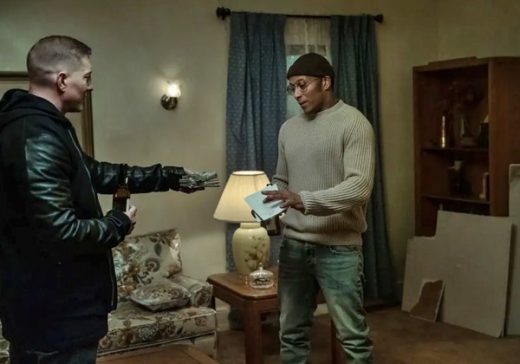 The song was played at the beginning of the episode as a gunman shoots up JP’s bar, and JP calls Tommy to help.

Sam Tinnesz’s ‘Even If It Hurts‘ came out in 2017 on his debut studio album Babel, which was released on the Warner Music label.

The emotionally powerful song is one of Tinnesz’ most popular releases so far, with more than 5 million plays on YouTube, and 3.5 million on Spotify.

Tinnesz has also been forging a pretty decent career for himself by having his songs licensed for use on various TV series including American Ninja Warrior, Charmed, Batwoman, Love Island, Quantico, The Hills: New Beginnings, The Society and Riverdale.

Not surprising, as much of what he releases are memorable songs with a big dramatic impact and a huge beat.

Listen to Sam Tinnesz’s ‘Even If It Hurts‘ from last night’s Power Book IV: Force on his album Babel, and in the video.