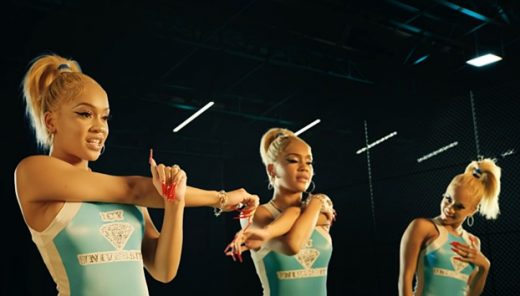 The song was played as Jennifer and Bruce are training.


Saweetie’s ‘Fast (Motion)‘ is the fourth single that has been released from the singer’s upcoming debut studio album Pretty Bitch Music, which is due out some time later this year.

The song was released in May of this year on the Warner Records label, and is a high-energy dance-rap song.

It came with a music video featuring Saweetie playing a variety of sports — football, skydiving, boxing, American football etc — all of which she wins at.

‘Fast (Motion)‘ charted in New Zealand, and in the United States on both the Billboard Rhythmic chart and the Bubbling Under Hot 100 Singles chart.

Listen to Saweetie’s ‘Fast (Motion)‘ as heard on She-Hulk: Attorney at Law this week in the song’s fun official music video, and on the Spotify player.

The nine-episode She-Hulk: Attorney at Law is the latest superhero series from the Marvel Cinematic Universe.

RELATED: Eve’s ‘Who’s That Girl’ showed up on the new Marvel series She-Hulk this week