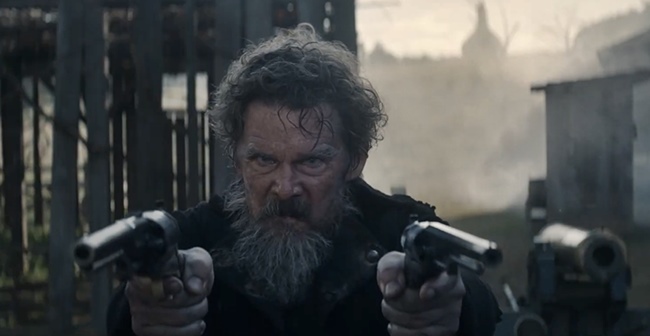 If you ever watched a certain episode of the series The End of the Fucking World, or the movie Dallas Buyers Club, you will have heard ‘Sweet Thang‘ — that amazing Shuggie Otis track that showed up at the end of last night’s episode of The Good Lord Bird.

It was the track that was playing as John Brown is killing people as he leaves town, but then spares the minister. The song continued playing over the end credits.


American funk, rock, jazz, blues singer songwriter Shuggie Otis’ ‘Sweet Thang‘ is one of the best mood tracks ever released. What with its twangy blues guitar, that jangle piano and that sweet harmony — wow, is this thing beautiful.

It is also a track Shuggie Otis released in 1971 when he was just 18 years old. A track that was written by Shuggie in collab with his father, iconic R&B musician Johnny Otis, and at only 15 years old if the history is correct.

The track originally showed up on Otis’ sophomore album Freedom Flight via Epic Records (and yes, he did release his debut album when he was just 16 — just to show how ridiculously talented this musician always was).

That album hit both the Billboard Top 200 and Hot 100 charts, and ultimately gave Shuggie Otis a heckuva lot of recognition in the music business. (article cont. below…)

Listen to Shuggie Otis’ ‘Sweet Thang‘ as featured on The Good Lord Bird, and marvel at that gorgeous guitar. Because many musicians take years to get their skill to that kind of level, whereas when Shuggie got there he wasn’t even out of his teens.

(And do yourself a favor and also listen to his album Freedom Flight in full (below), as the entire thing is equally astounding).

No wonder, almost 50 years after ‘Sweet Thang‘ was first released, Shuggie is still releasing amazing music and has musicians from all over the world clamoring to play with him.