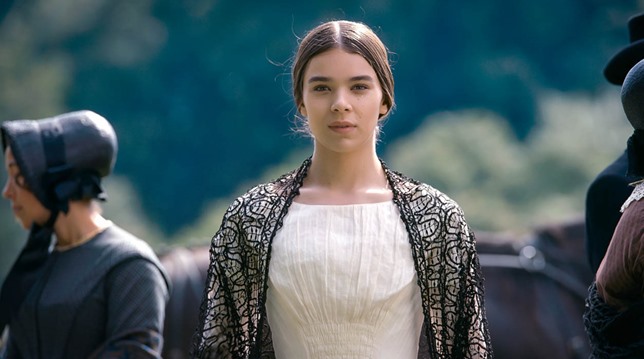 While the Apple TV+ historical drama series Dickinson is set in the 1800s, the music used on its soundtrack is decidedly modern. And beautifully and perfectly so.

Take the American house/EDM duo Sofi Tukker’s ‘Purple Hat‘, a song that was featured on the latest Dickinson episode this week — Dickinson, Season 2, Episode 1, “Before I got my eye put out” — during the montage of scenes at Sue’s party.

To me, songs like this make the series even more relatable than Emily Dickinson already is to me, a writer. They bring Dickinson into the modern world, and make her personality and character appear even more real.

Sofi Tukker’s ‘Purple Hat‘ is from the duo’s third EP Dancing on the People, which was released in September, 2019 via Ultra Music and Sony Music.

It is the strangest song, being that it is more spoken-word than song, but just a couple of listens in, and it becomes almost mesmerizing in its intensity. (continue reading and listen to Sofi Tukker’s ‘Purple Hat‘ after the promo for ‘Wild Wild Woman‘, another song from the same episode…)

The music video for ‘Purple Hat‘ is also a very cool thing, considering the duo (aka Sophie Hawley-Weld and Tucker Halpern) decided to film it at an actual New York City concert with real fans, instead of staging a concert just for the video.

As they explained in the notes for the YouTube upload:

“The energy of our crowds is so incredible — so rather than have a fake party, we wanted to film this in real life with real people, like we do most nights of the year. It’s always so special playing back in New York, where everything started for us so we thought it would be the perfect show to film the video at.”

Listen to Sofi Tukker’s ‘Purple Hat‘ as heard on Dickinson in that official music video below. Yep, it is so damned strange, but listen to it once, and I guarantee you, you’ll be mumbling it to yourself for days afterwards.