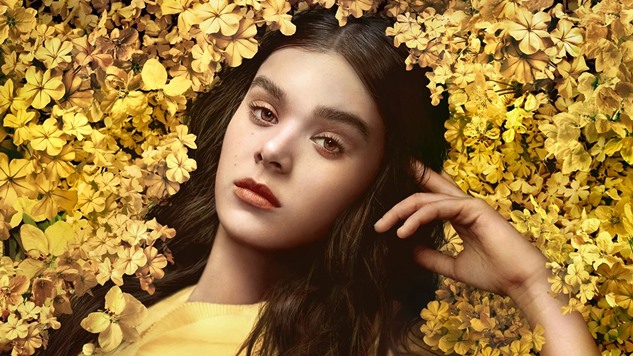 California-based singer, songwriter and musician Your Smith’s ‘Wild Wild Woman‘ was one of the excellent tracks played on the new season of the Apple TV+ historical comedy drama Dickinson this week.

This time on Dickinson, Season 2, Episode 1, “Before I got my eye put out“.

The song was played as we see Emily writing letters to Sue.

Your Smith’s ‘Wild Wild Woman‘ is the title track from the singer’s five-track EP of the same name, which was released via Neon Gold Records in 2019.

The song is a lovely alt-pop number with a strong, extremely danceable beat and melody, and with Your Smith’s gorgeous vocals making this one a true standout.

As for Your Smith, it is the title a music project created by indie folk, indie rock, alt pop singer songwriter Caroline Smith — an artist who has been releasing music since she was just 16-years-old. (continue reading and listen to Your Smith’s ‘Wild Wild Woman‘ after the promo…)

Season 2 of the series is now streaming on Apple TV+. Watch the trailer below.

Listen to Your Smith’s ‘Wild Wild Woman‘ as heard on Dickinson in the song’s lovely official lyric video and on the artist’s EP. The song has also been previously featured on The L Word: Generation Q.